Hanneli Mustaparta is a true all-rounder: As a fashion trendsetter, stylist and photographer, she has long made a name for herself in the fashion world. Internationally renowned for her hip street styles, this New York fashionista with Norwegian roots regularly proves her grasp of fashion. Her style is simple and minimalist, and sometimes femi- ninely playful. This is how Hanneli’s looks inspire countless fashion enthusiasts. Now, together with Deichmann, this likeable fashion icon is bringing out a limited footwear collection for the autumn/winter 2015/16 season.

Hamburg, 31 August 2015. The Norwegian Hanneli Mustaparta grew up in the small town of Bekkestua i Bærum. Fashion played a large role in her life from an early age. At just 17, this prodigy was discovered by the fashion photographer Per Heimly and was soon after under contract with the agency “Team Models” in Oslo. Five years later, Hanneli began her international modelling career in New York – today her adopted home. In 2009, she turned her great passions of writing and photography into her profession. Since then, she has been presenting a skilful mix of her own street style photo- graphs and perfectly staged outfit posts. “It’s fun to experiment with photog- raphy and to showcase my style. But I didn’t just want to see the results in an album, but rather stylishly staged on Facebook and Instagram and as well as on my blog, too,” Hanneli explains.

After starting her blog hanneli.com, it quickly began receiving attention from renowned fashion magazines such as Vogue, Madame and Elle. Top design- ers also value her know-how and book Hanneli for campaigns. In this way, the fashion trendsetter was the face of “Rag and Bone” in 2011, posed in 2012 for Calvin Klein’s self-portraits and worked alongside Elin Kling and Miroslava Duma for Louis Vuitton. Additionally, in the same year she was on the jury of the Berlin Fashion Week award “Designer for Tomorrow”, together with Stella McCartney. This makes Hanneli a star both in front of and behind the camera, whose presence is a must at all great fashion shows – from New York to Copenhagen to Milan. With her looks, she is a trendsetter in the street style scene and is advancing to a worldwide fashion role model. She sees the secret to her success in her ability to go through life with a natural ease and to not take herself too seriously. 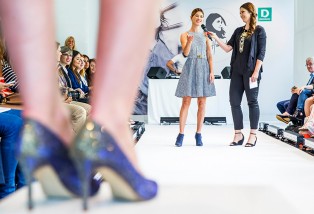 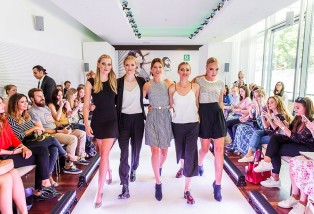 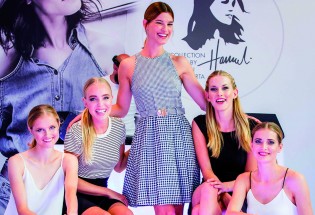 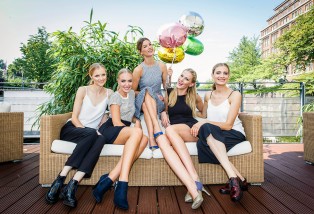 For more information go to www.deichmann.com.